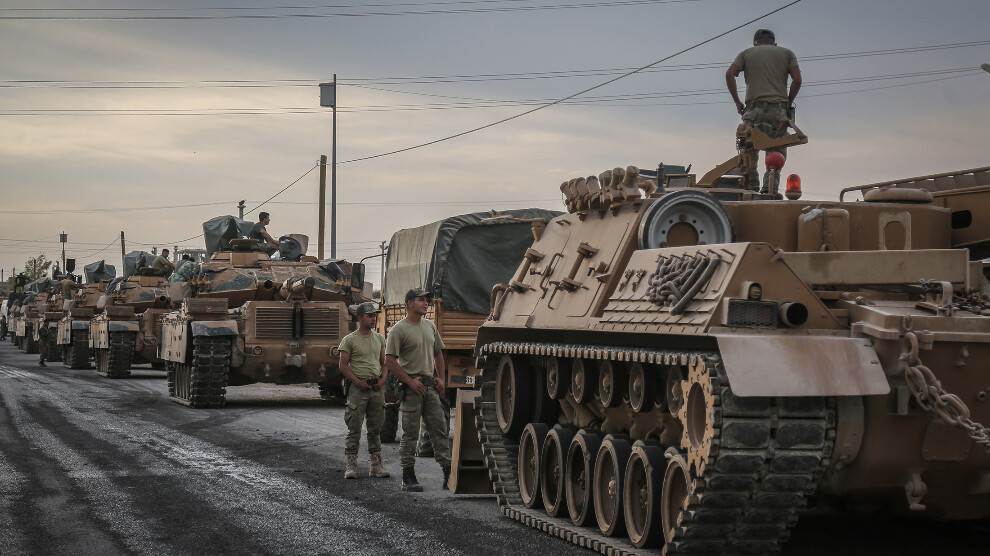 [ANF News Desk, January 22] On 15 October 2019, after Turkey began an offensive in North-East Syria, Australia’s Defence Minister Linda Reynolds was reported as saying: “I’m responsible for Defence exports, and in light of recent developments, I have asked Defence to consult right across government before any new or pending export permits to Turkey are considered. So I’ve asked for a pause. We are reviewing the situation to make sure that we do the right thing.”

The Minister said “. . . [the incursion] is causing great civilian suffering. It’s leading to great population displacement and it will make it very hard to provide humanitarian access to the area . . . [and] could definitely significantly undermine the huge gains made by the international coalition, including Australia of course, in the fight against Daesh, against ISIS and ISIL.”

However, in response to questioning by Senator Jordon Steele-John in a Senate committee hearing, out “civilian suffering’ in NE Syria, the Australian government has now admitted that “since 15 October 2019, Defence has approved permits for the export to Turkey of military goods with an estimated total value of $577,500”.

The Australia Department of Defence has not explained what these military exports to Turkey are or which companies are supplying them.

The Department’s reply said: “While Defence does not comment on individual export permits, since 15 October 2019, Defence has approved permits for the export to Turkey of military goods with an estimated total value of $577,500. The Defence Strategic Goods List specifies a broad range of equipment as military goods. Military goods can include weapons and munitions, but they also include items such as armour, radios, simulators and training equipment which are not necessarily for a military purpose. For example, export permits for military goods can include a firearm for a shooting competition, explosive devices for mining operations, and radios.”

“We share the grave concerns of the Kurdish community in Australia about these military exports to Turkey and we will work with Senator Steele-John and other Parliamentarians to find out more about these exporters and the companies involved. Our objective is to expose and stop these military exports to Turkey because they contravene human rights and justice.

“The exports of components used in Turkey’s killer drones — which have been deployed against civilians in NE Syria and in northern Iraq — have been exposed and halted in Canada, UK and Austria. We need to do the same in Australia.”